'Your first 10, 000 photographs are your worst'
Henri Cartier-Bresson

I would agree with that! Although there are still times when I look at an image now and see that it deserves to be in that first 10, 000.

My first blog post for well over 18 months sees me planning the next phase of my progress. To have photographed the World Indoor Athletics Championships, World Cup Athletics, European Indoor Athletic Championships and the Diamond League Athletics meeting in Paris last month, I need a new challenge. A new, higher goal to aim for.

The European Outdoor Athletic Championships take place in Paris next year and I am aiming to be there. To achieve that goal will take a big effort - that's the name of the game! Nothing is easy. Nothing can be taken for granted.

Spending a year photographing Premiership and International Football has honed my skills. The opportunity given to me by Dan Hambury at Focus Images has enabled me to learn from some fantastic photographers who have a wealth of knowledge and experience.

To stand next to and watch Mark Shearman (Athletic Images) work at several athletic events has given me a real insight into how to capture the action. Mark has an unparalleled history in photographing all levels of Athletics and has covered every Olympic Games since 1964! To witness a master at work is such a motivating experience.

Learning from my photographer friends, like Tom Smeeth and Ian Stephen, has made me challenge myself to push for a better result and a more captivating image.

Shooting sporting events is what I enthuse about, however, I also photograph a lot more outside of sport. My experience and knowledge extends from shooting portraits and headshots to events and from weddings to corporate work

Above all, I have made some great friends and enjoyed the banter that goes with the territory.

The next phase has begun ... 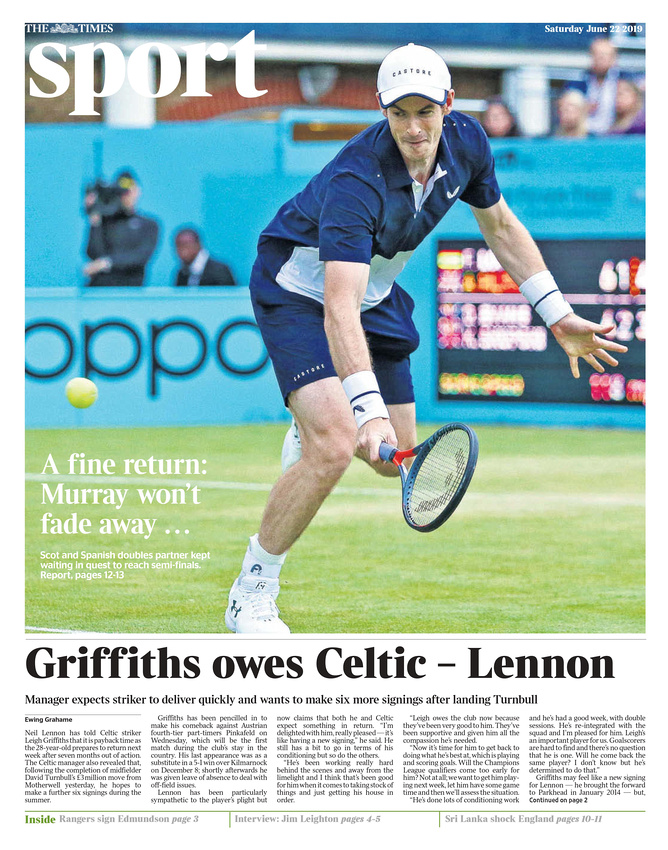 My image of Andy Murray at Queen's Tennis Championships June 2019

Strive to be the best we can. Keep reaching for those stars. Never standing still.

From tomorrow (weather permitting) I will join the Media at the IAAF World Indoor Athletics Championships at Arena Birmingham. Following a thoroughly enjoyable time at the British Indoor Athletic Championships, I was successful with my application for accreditation to 'The Worlds'

Rubbing shoulders with the likes of Mark Shearman MBE, Tom Smeeth and Adrian Royle was only going to be a positive for me. Learning from experienced sports photographers about settings and positioning was invaluable. Hopefully I will be able to put what I have learned into practice and move on with my photography.

There will be over 75 photographers in Birmingham for the championships and I will be trying my best to get some great shots. I have invested in a mini tripod and two Pocket Wizard wireless shutter release gizmos. Can't wait to give them a try. Better make sure I register the remotes and if I get authorization, place my camera no less than 1.5 hours before the event I want to capture.

Getting on to the infield will be difficult as there are agency photographers and other country photographers who do take priority. I will put my name down for one of the 'floating' infield bibs, however, and do my utmost when on there. Tomorrow sees the opening ceremony getting us off to a good start followed by the 2 high jump competitions and the Women's 3000m

I am ready for the challenge! 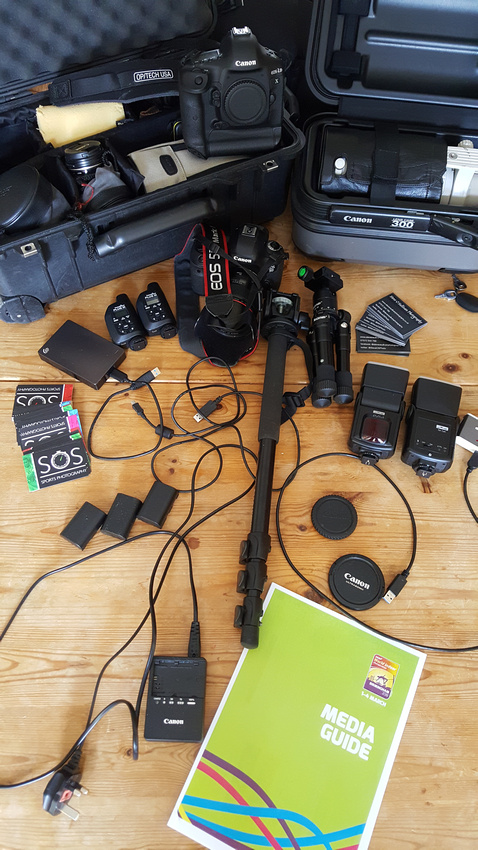 Very remiss of me I know not to update my website with my #365Challenge images ...

I will post all the images that are outstanding now! 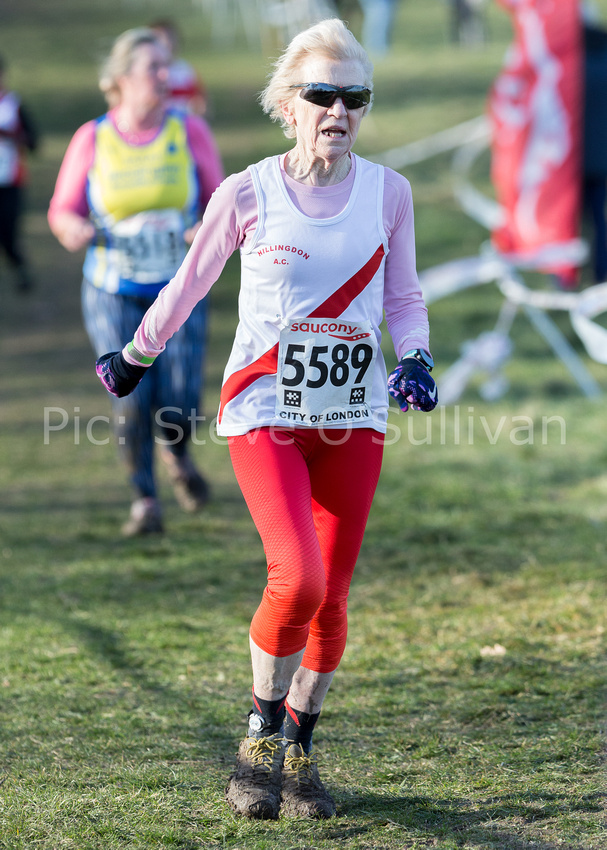 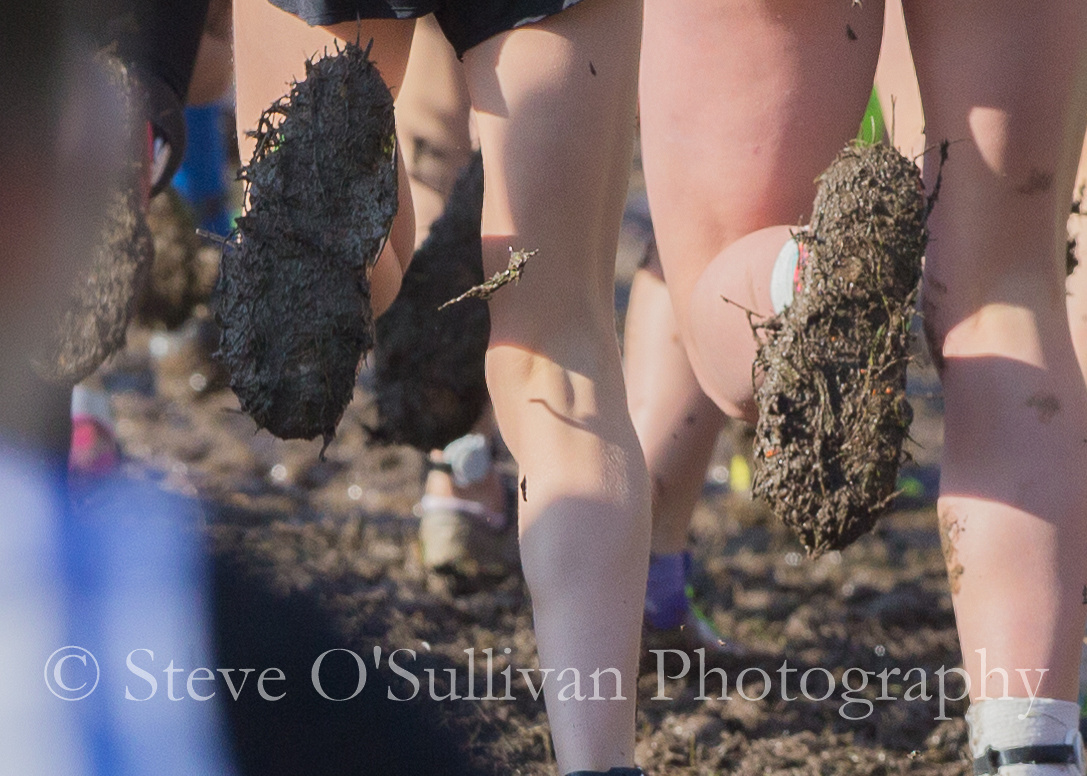 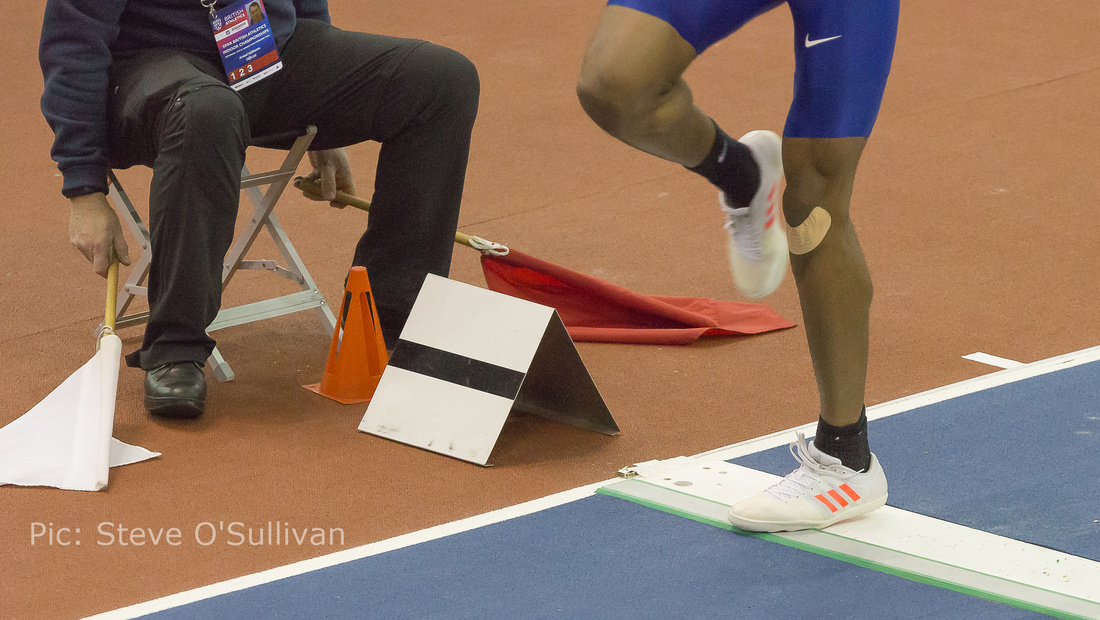 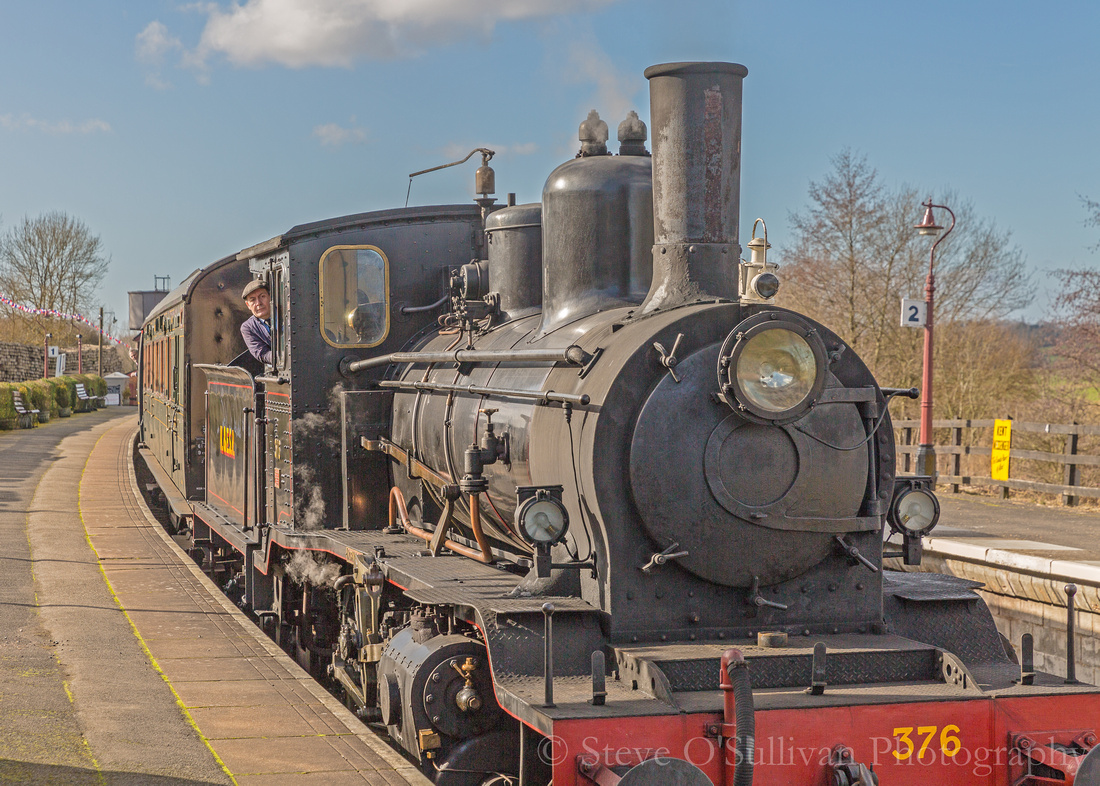 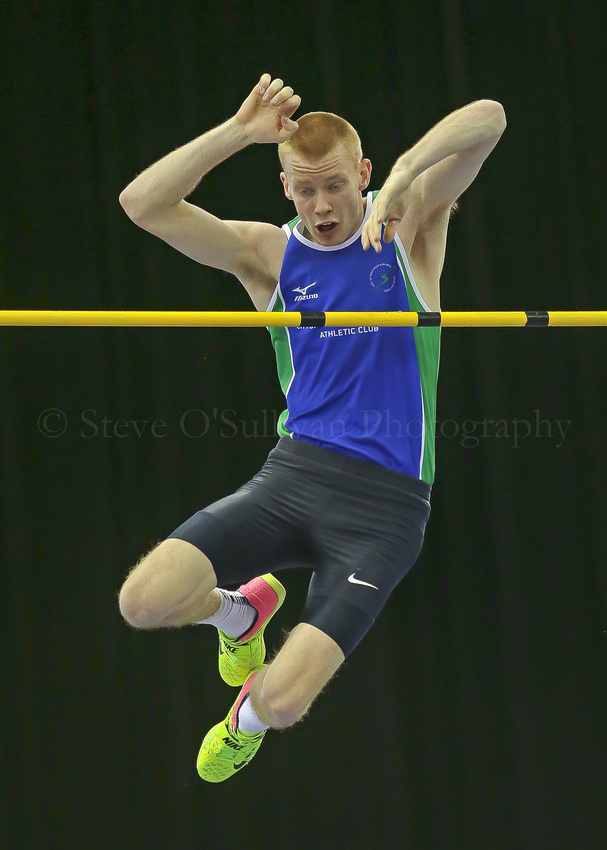 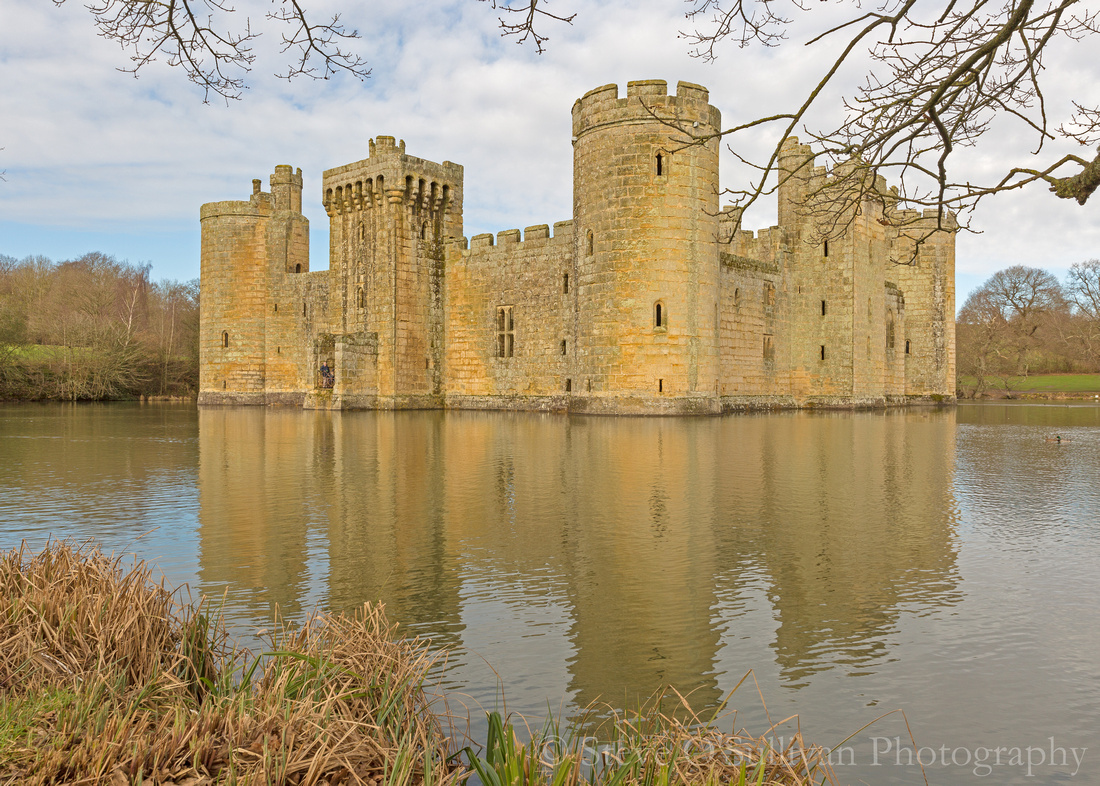 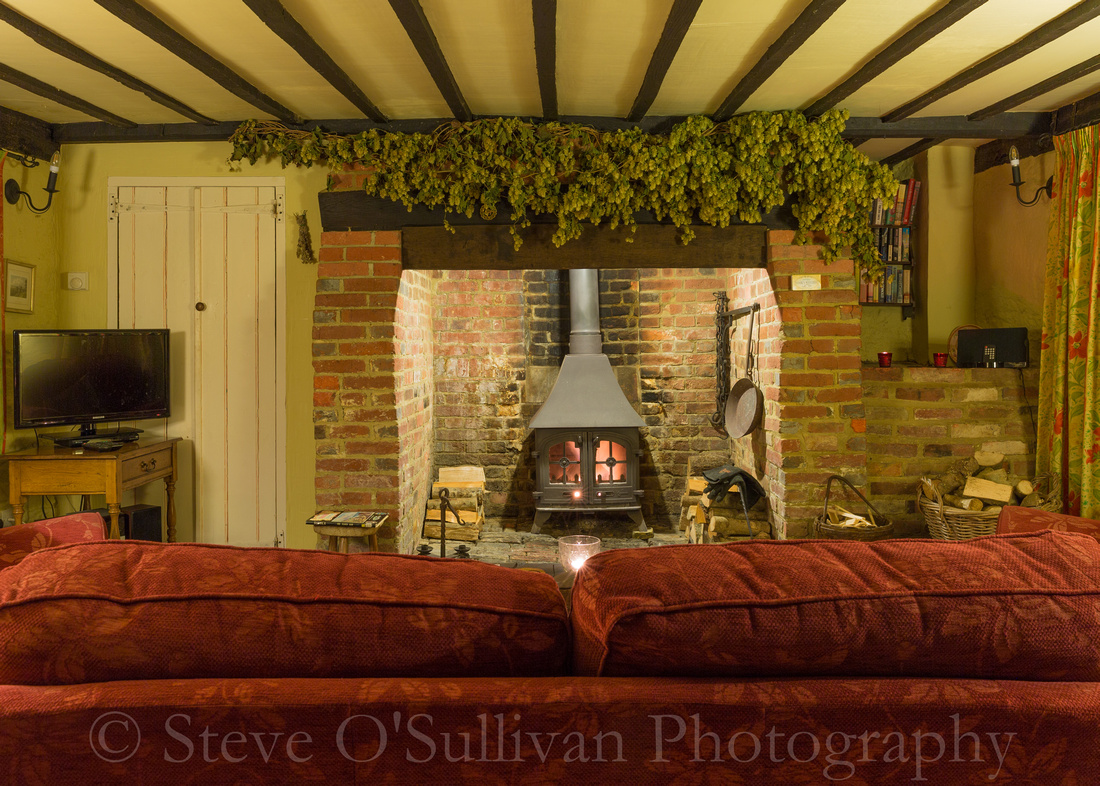 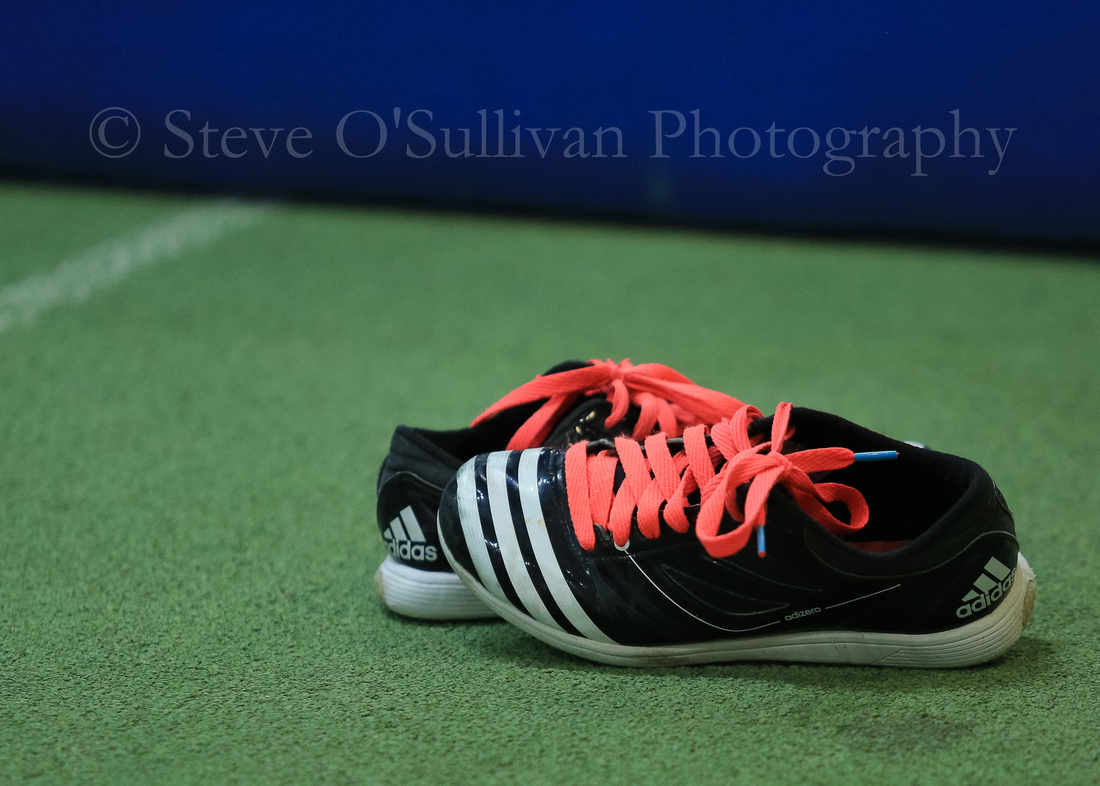 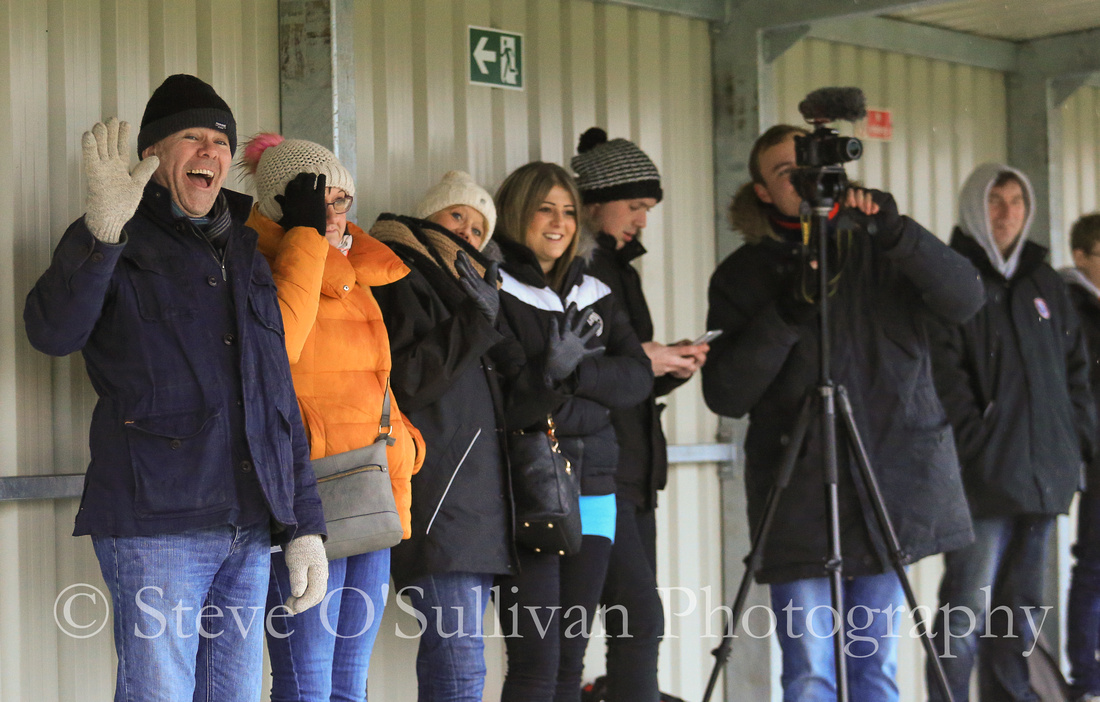 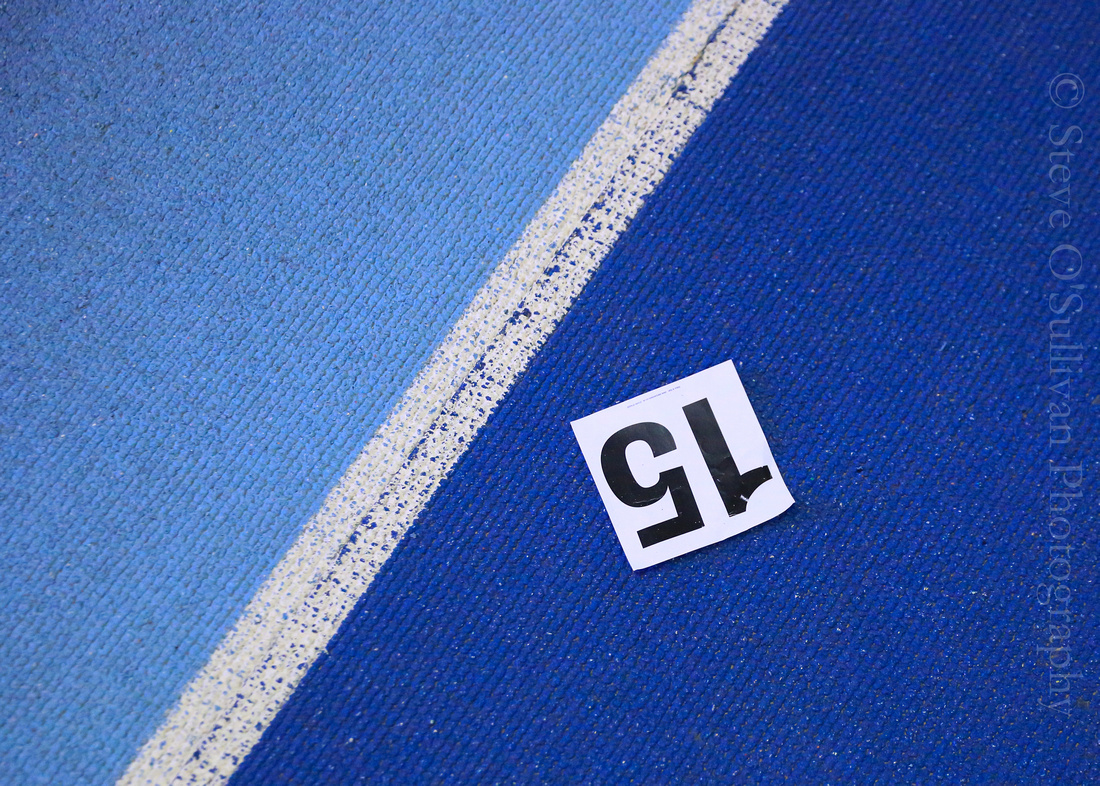 That quote would certainly apply to Angela Duncan of Hillingdon AC. Angela ran in the England Athletics National Cross Country Championships on Saturday 24 February 2018 for her club. So did over 9000 other runners! Parliament Hill, often quoted as the spiritual home of cross country, was the setting for Angela's run and what a beautiful sunny day it was.

On climbing the hill (those of you who know the course will instantly recognise the enormity of my task!) Linda and I were gently cooled by a strong easterly wind blowing in as a pre-cursor to the Beast from the East. No, Vladimir Putin is not making a state visit any time soon - this is the name given by those clever meteorologists and weather people to the winds and weather coming at us from 'over there' wherever that may  be.

The races were off to a fine start with the Under 17 Women and followed very quickly by all the other age-groups (8 in all) culminating with the Senior Men, who ran over 12 kilometres. At the present time there is much debate about the inequality regarding the difference in race distances for the genders. It is a debate that will, hopefully, be resolved sensibly. Women race the same distances as Men on the track, so, why not cross country?

Angela ran in the Senior Women's race - 8k - and, at 77 years old was the oldest in the race. “I do wonder when I get there, what am I doing here? It is cold and miserable but once you get that first mud splash and feet wet it can be quite amusing.”  she told Nick Hoult of The Daily Telegraph (you can read the article about the National Cross Country here).

Linda and I were made aware of the exploits of Angela by one of her clubmates, who told us quite a bit about this runner. On getting home, I googled Angela's name and found out that she also runs parkrun and ran, one week before 'The National', 32:01 at Black Park parkrun. Her best time over a 5k parkrun course is 28:44 completed in the 75 - 79 age group.

There is no doubting Angela's credentials or her quality. She also has a philosophical view when it comes to equality in race distances. “I don’t really want to go any further than I have to. Twice up that hill is a bit much,” says Angela Duncan, who has run eight marathons since her late 60s. “But I am old enough to remember when women were not allowed to do the marathon, the fact we can do that sort of thing is great. The youngsters coming through are brilliant and I can see they want to do the same as the men. It would send a more positive message to young girls but when you are out there and you are only doing 8k and the men are doing 10, it is quite nice.” (Once again - credit to the Daily Telegraph and Nick Hoult for the quote) 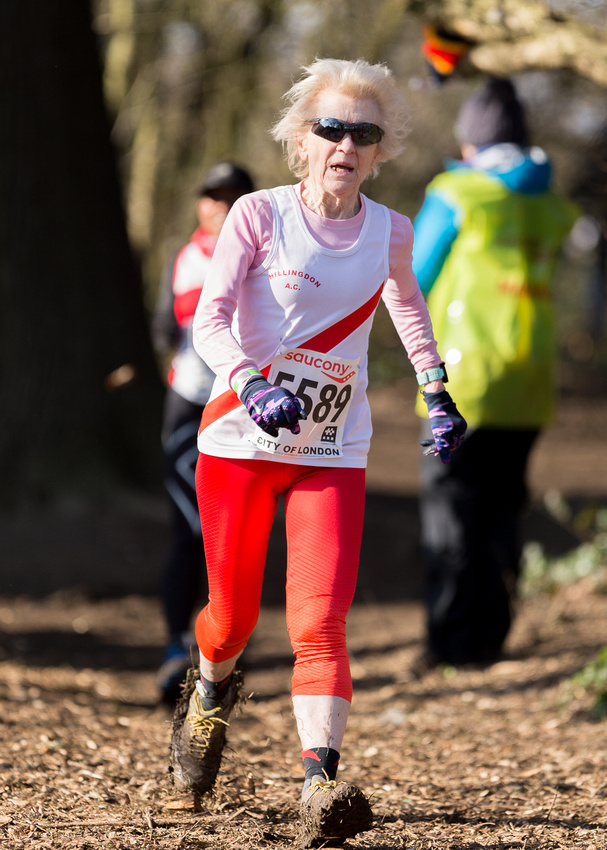 This weekend, Linda and I are travelling to Birmingham.

Arena Birmingham is the venue for the British Athletics Indoor Championships and I am proud to have received accreditation to photograph the event. It is not that long ago that I started out on my journey, photographing Banstead Woods parkrun.

My first DSLR was a Canon 30D bought on eBay with a kit lens for around £190. It took a while to get used to the sophistication of the camera, however, I really enjoyed the rekindling of my interest in photography that had been born when I was a young boy. Don Esslemont, a very accomplished photographer, helped me immensely in those early stages at parkrun where I learned a lot about taking photographs of people moving.

Having been a runner in my youth, this was a great way to reconnect with a sport that had taken up so much of my teenage years. It gave me a renewed enthusiasm for my sport. It gave me a 'focus' and determination to improve. Many parkrun events followed and I also tried photographing other sports, including hang gliding!

Understanding how my camera worked gave rise to an improvement in the quality of my images. Trying different settings and having the confidence to make mistakes and learn from them has been crucial to that improvement. I decided I needed further guidance and enrolled on a photography day with award-winning photographer Mark Pain.

We shot at Wembley Stadium on the day that Saracens and Harlequins went head-to-head in their 'Derby Day' match. What an experience! I certainly learnt a lot that day about how fast rugby is at that level. No sooner had I focused than the play was already 20 metres further on. I did manage to get some decent shots. More practice was needed!

My camera body had now changed to a Canon 7D mark I, which is a semi-pro body designed for sports photography. A camera doth not make the photographer however. You can take amazing images using a camera phone. The technique needed and the composition required are what I had to refine and improve. The camera did help with capturing high speed action.

2016 was a pivotal year for me as I was striving again to improve and challenge myself. Higher standard events had become my mantra. I wanted to try photographing football and managed to get along to two Womens Super League matches featuring Chelsea Ladies FC. In September 2016, I became the official club photographer of Dorking Wanderers FC. I must thank Kris Lea for the faith he showed in me and for the huge welcome I got from all at the club! 'The Wanderers' has become yet another 'home' for me and Linda.

2016 also saw me capture a sub 4 minute mile at the famous Iffley Road track in Oxford. This was the track where Sir Roger Bannister broke the 4 minutes for the mile barrier back in 1954. On the day I was there, for a British Milers Club event, Andy Baddeley broke the 4 minute barrier in his first win for a number of years. It was a great moment. I also had the pleasure of meeting David Lowes, an England Athletic coach and National Secretary of the BMC.

Parliament Hill in May 2017 was a massive event for me. Ben Pochee agreed for me to capture images of the impressive 'Night of the 10,000m PB's'. What an event! It gave me a platform to showcase what I had learned so far and the opportunity to capture images of top athletes. I must have done a good job as Ben has appointed me official photographer for this year's event which incorporates the European Cup team 10,000m event.

I managed to get along to some British Athletics League and Southern Athletics League meetings and a couple of BMC meets. This was adding to my experience and gave me plenty opportunities to hone my skills - a task that truly is ongoing and will always be that way. My camera bodies are now the excellent Canon 1DX mark I and the Canon 5D mark III. Lenses are all f/2.8 or wider.

Shooting indoor sport is a challenge, however, it is one that I relish. Two major Pole Vault events gave me that opportunity and I have to thank Allan Williams for that. Allan was an international pole vaulter back in the 1970's and is also a World Masters champion. We have become good friends and Al is such a motivator to pole vaulters and supporters alike!

To today. On the eve of my latest event, I can reflect on the road I have travelled. There are many people who have given me encouragement and support and advice. I thank you all. However, the journey does not end here. This weekend is a stepping stone and one I am looking forward to.